Walkout vs. Daylight vs. Standard Lots

The foundation (excuse the pun) of any home's overall layout is determined by the lot on which the home is built upon.  Lower level basements may be hard to find in some regions, but they are an important element in almost all of the homes around Iowa.  Even if a basement is not finished at the time of the build, an additional lower level gives home owners storage space and options of expanding their living space in the future.  This expanded living space can really bring a home to life, so in this article we'll explore the difference between walkout, daylight, and standard lots, as well as, the various types of homes that can be built on each type of lot.

Walkout lots are heavily sloped, but allow a home's lower level to feel very similar to the other levels in the home.  With full windows that brighten up the lower level and full access to the backyard, many home owners enjoy a home built on a walkout lot.  Almost any type of home can be built on a walkout lot, but considering the importance of the lower level in a ranch home, many home buyers prefer walkout lots when specifically building ranch homes.  One disadvantage to a home built on a walkout lot is that although you can access the backyard from the basement, the main level's backyard access is raised into the air and requires stairs to access the yard.  Railing and other safety measures have to be considered when building a raised deck as well, so although these are barely an issue, it is something to consider.  The increased cost of a walkout is also something to remember as you consider your home building ideas. 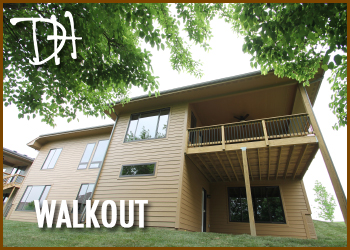 Daylight lots, also called lookout lots, provide a balance between walkout and standard lots.  Homes that feature a daylight design can be built on a variety of land elevations.  With full windows in the basement, home owners can use a lower level a bit more creativity.  Although the added light increase the visibility from a lower level basement, if your home is built on a daylight lot, the deck and backyard access from the main level will require stairs and railings to get from an elevated deck down into the yard.  Many home owners say the added light in the lower level and the way daylight windows can make a lower level feel more like other levels in the home, is worth the increased cost and having a raised deck.  With somewhat of the best of both worlds, daylight lots are great for almost any type of home.  Two story and ranch homes both fit nicely on daylight lots. 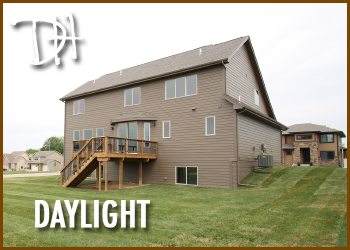 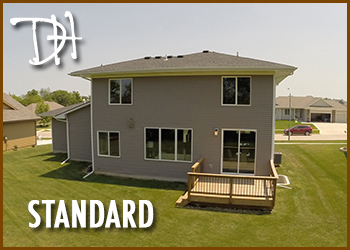