There are no second chances for a first impression.

As anyone would agree, a home’s exterior is the first opportunity to make the right first impression with your new home.  Implementing elements that truly enhance your home's overall architectural style will ensure you put your best foot forward with your new home.  Choosing the right materials can have a positive impact on your home’s curb appeal, as well as, improve its overall value.

Take windows for example. When they complement the home’s style, windows go almost unnoticed. Yet their contribution to your home’s curb appeal is undeniable. Pick the wrong style for your home and your new windows will stand out – and not in a good way.

This is why Andersen Windows invested more than a decade of working with architects to create the Architectural Collection — products and tools for home builders, designers, contractors, remodelers and even homeowners to help define a home’s style first, and then identify the windows that help communicate that style.

An essential tool within this Architectural Collection is the Home Style Library, which features details about the 10 most popular home styles in North America.  Each style guide, also known as a pattern book, offers details to what defines each specific style, the colors that are commonly used for each one, and how to configure windows and doors to reflect it.  Neighborhoods across America are a show-and-tell of a variety of looks.  The most popular designs include: 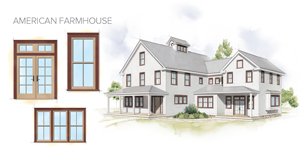 American Farmhouse
The American Farmhouse home style is influenced by Colonial and Victorian styles. While this style evolved from New England Colonial houses, it is often associated with the Midwest, where it was popular when that region was being settled. 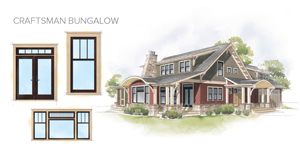 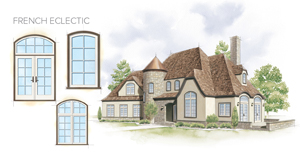 French Eclectic
This home style is not one style, but a range of styles inspired by French architecture that found their way to America via soldiers returning from World War I. French Eclectic is a very American interpretation of the French domestic vernacular. 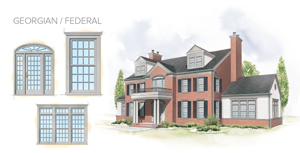 Georgian/Federal
This variation of colonial architecture marked a time of reformation of the American house from being simply utilitarian and functional to one that was stylized, stately, spacious and comfortable. Its roots were in Classical Roman architecture. 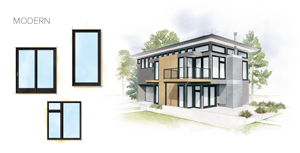 Modern
The Modern home style has flat roofs and simple lines. Simple geometry, clean lines, this style deliberately embraced the notions of industrialism and machine-made products as a way to improve life through efficient and affordable construction. 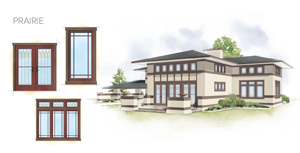 Prairie
The Prairie style is considered the first architectural style of American origin. Its bold, clean lines are a direct reaction to the ornate, compartmentalized Victorian style. The core design ideas of this style are most widely attributed to architect Frank Lloyd Wright. 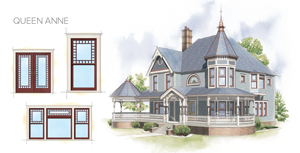 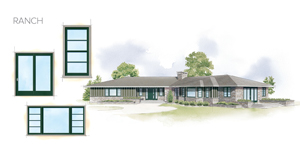 Ranch
The ranch or rambler home style is a single-story long with narrow construction. Ranch houses became popular among post-World War II veterans and spread across the country, resulting in several variations. 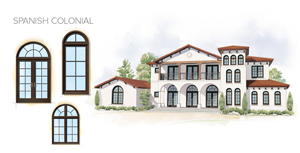 Spanish Colonial
This style gained widespread popularity in the United States in the first part of the 1900s, primarily in the South and Southwest. Thick walls and deep, shaded loggias proved to be an ideal response to the climate and were well-suited to incorporate the architectural details from many eras of Spanish and Mexican homes. 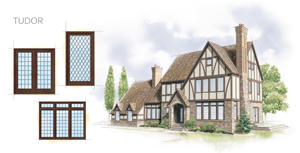 Tudor
The Tudor home style is loosely based on a variety of early English building traditions ranging from simple folk houses to late medieval palaces. Asymmetry is preferred in the Tudor style, allowing standard windows and bay windows to be oriented as desired for optimal views.

It’s easy to download or order a print copy of a pattern book from Andersen.  In these books – which are also available in The Andersen iPad App – homeowners get more easy-to-understand details about color choices, window groupings, hardware styles, trim and proportions.  Pattern books like these help homeowners and home builders learn from the successes of the past, while helping their future projects transition from dream to done more smoothly.

Many people get frustrated – even a bit intimidated – when they try to learn about their home’s architectural style while planning to build a new home or when they're making improvements to an existing home.  With resources like the Home Style Library and pattern books from Andersen, anyone can learn more about their home’s architectural style and make a more informed decision.  The result is more confidence in your selections and a project that truly brings your home to life. 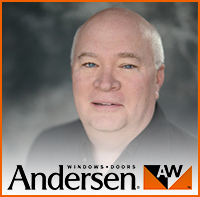